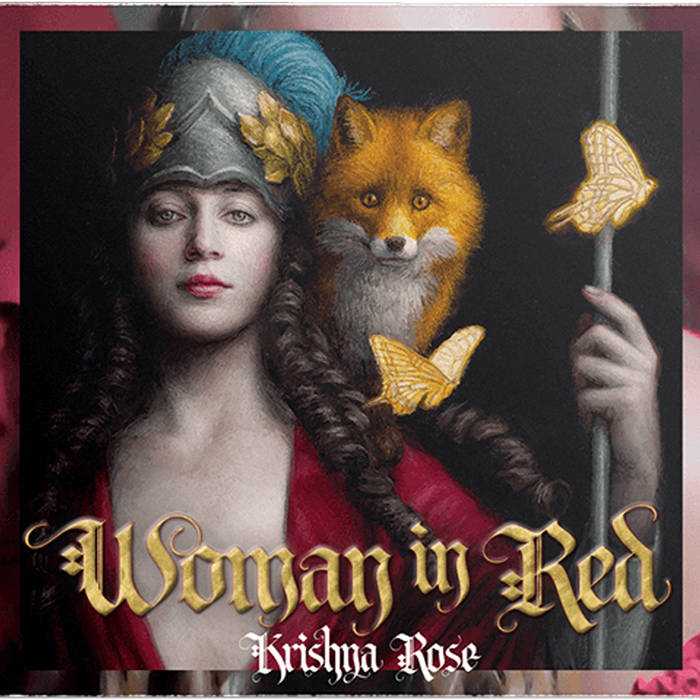 Patti with hands folded- thank you and your beautiful voice ~ patti... at -an balance (instagram follower) love and peace

Charismatic World Music with Celtic, Renaissance and ancient themes inspired by her soon-to-be-released historical novel based on the life of Mary Magdalene, Krishna Rose expresses the challenges and triumphs of life, giving voice to our souls. Her new album Woman in Red is grounded in classical and traditional invocations which are clearly inspired by history, folklore and spirituality.

Nyckelharper, cello's and Viking drums, interspersed with tasteful and subtle acoustic guitar create striking atmospheres which off-set the poetic words and ethereal voices of this British-born songstress. She weaves her tapestry of womanhood and its contemplative power and influence through the sacredness of music with her refined yet dramatic vocals and thought provoking lyrics.

432 Hz HEALING MUSIC:
Woman in Red is alternatively tuned to 432 Hz which transmits beneficial healing energy upon the subconscious mind, environment and body

A trip to North India in 1995 changed my life forever, for it was there that I met Srila-Bhaktivedanta-Narayana-Goswami Maharaja, the famed Yuga-Acharya of India. At the direction of this Saint, I began to write and perform English songs in the poetic lyrical style of famed poets like Wordsworth and Yeats. I set about developing my own unique music style, and began producing and recording music. ... more

Bandcamp Daily  your guide to the world of Bandcamp